A Reflection
by Carlin Hastings 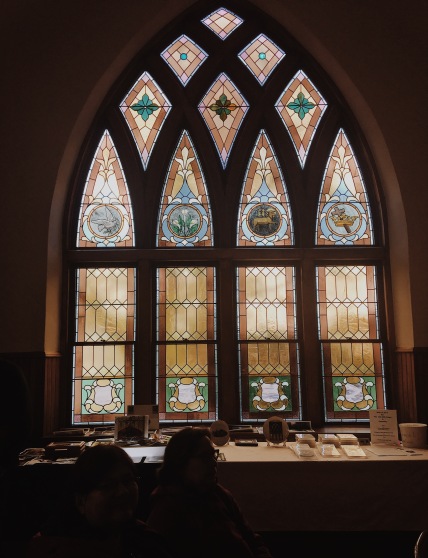 The rain held out during the AGS-Wisconsin Chapter’s Spring Meeting on May 12th, creating the perfect weather for a cemetery tour—grey, but with the feeling summer was coming. The meeting was held in Janesville, a town of over 60,000 in southern Wisconsin. Oak Hill Cemetery is the main cemetery in town and dates back to the 1850s, just a few years after Wisconsin officially became a state.

The meeting was held in the Oak Hill Chapel and highlighted the community’s involvement in the fundraising and restoration. The chapel was in bad shape when community members began to take interest in it, as it was about 120 years old! It was going to be demolished, but with the help of numerous volunteers and fundraising, the Janesville community was able to restore the chapel and its beautiful stained-glass windows. Only taking about 5 years, the restoration became a community event as people came together to contribute the different skills they have, whether making stained glass, woodworking, or even hunting down the chapels original organ! The chapel even involved a local school to help design a missing stained-glass window. In this short amount of time, volunteers raised enough money to present to the city council for permissions to save and restore the chapel. The chapel was kept as original as possible during the renovation but was also able to incorporate new elements of the modern community. It will soon have its reopening and be open for special events.

The second guest speaker talked about the beautiful stained glass in the Joan of Arc Chapel in Milwaukee, and how it relates to American patriotism. The Joan of Arc Chapel is the only standing Medieval building in the Western Hemisphere, dating from the early 15th century. The building was brought to Milwaukee from France piece by piece in the 1960s and stands as a focal point to the Jesuit tradition at Marquette.

The Oak Hill and Joan of Arc Chapel, although from different eras and parts of the world, both depict the cultural heritage that people find through the art of the stained glass and spirituality.

After the talks in the chapel, Sherry Thurner us on a tour through the cemetery grounds. Though the tour was over an hour, we barely covered a fifth of the cemetery. The cemetery had a wide variety of gravestone styles, attesting to the space being continually used by the people of Janesville since its founding. 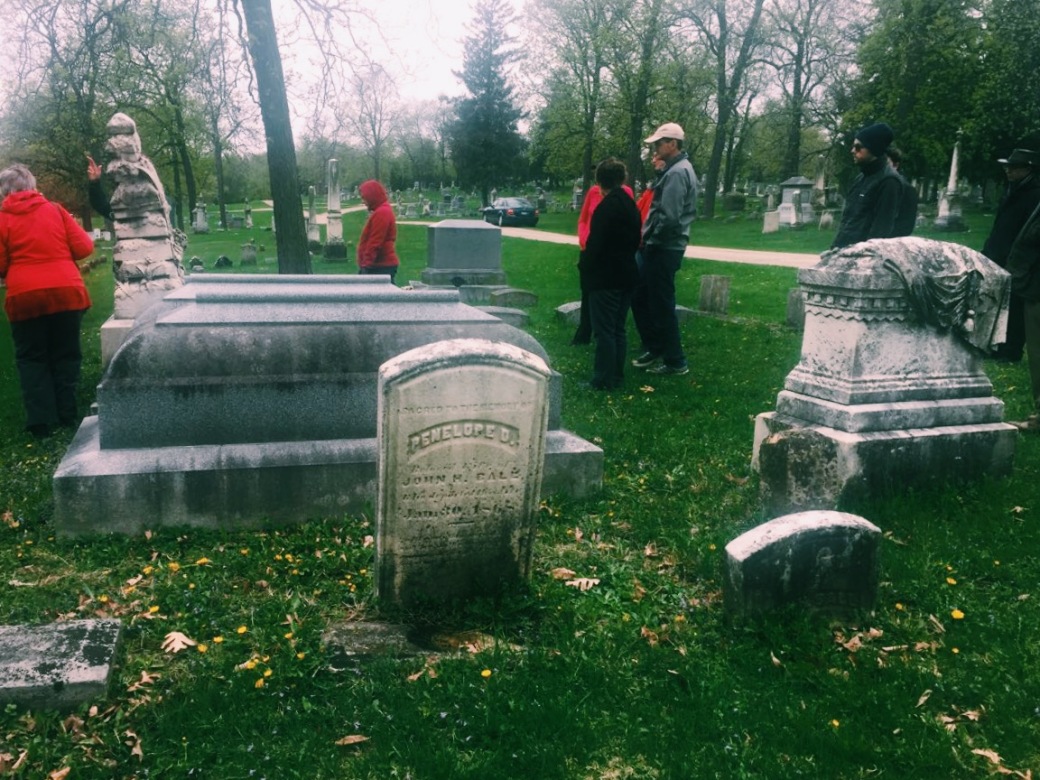 Chapter Chair Note: I would like to thank Richard Snyder, Marni Janisch, Sherry Thurner, and the Friends of Oak Hill Chapel and the Oak Hill Cemetery Preservation Society for speaking at our meeting and sharing their work with us. You can continue to follow their efforts on their facebook pages. Links below.

I would also like to thank Evan McAllister of Carthage College for his lecture “Marquette’s Saint Joan of Arc Chapel: Interwar Patriotic Visual Vocabulary”; my sister, Carlin, for her reflection here; and Mel Johnson for her photos forthcoming.