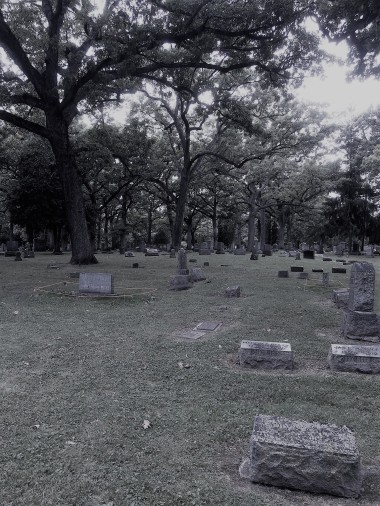 For the past 19 years, the Wisconsin Veterans Museum in Madison, Wisconsin has hosted “Talking Spirits Cemetery Tours” at Forest Hill Cemetery two miles southwest of the University of Wisconsin-Madison campus during the autumn. Forest Hill was one of the first U.S. National Cemeteries in Wisconsin. Prior to its consecration, Bascom Hill on UW-Madison’s campus served as the burial location for early Madison settlers. The land for a new garden cemetery was purchased in the 1860s, and the burials at Bascom Hill were moved to Forest Hill.

The 90-minute walking tour focuses on the stories of Wisconsin veterans and their families who are buried on the grounds. While knowledgeable tour guides lead groups through the cemetery, local actors interpret the stories of Civil War soldiers and citizens. The tour predominantly highlights the graves of Civil War soldiers (most of them recent immigrants at the time of the Civil War), the Union Soldier’s Lot, and Confederate Rest. Camp Randall—now the Badger football stadium—was originally a Civil War camp and prison for Confederate soldiers. Confederate soldiers who died at Camp Randall were buried in the section of the cemetery now called Confederate Rest. Gravestones of immigrant Civil War soldiers like Hugh Lewis from Wales who fought with the 2nd Wisconsin and James Cunningham from Scotland who fought with the 7th Wisconsin were discussed. Eight Governors of Wisconsin are buried on the grounds and three were observed: Louis P. Harvey, Lucius Fairchild, and James O. Davidson. The tour also represented women of the Civil War including diarist Emilie Quiner and the nurse who founded the veteran’s hospital and soldier’s orphans home, Cordelia A. P. Harvey.

Moreover, the tour discussed gravestone construction, symbolism, and materials used like the zinc gravestone monument of Francis A. Ogden, and the towering Vilas family obelisk made of Vermont granite. After leading an elementary school group through the tour, I wandered to the southern quadrant of the cemetery where the Native American effigy mounds rest. As I walked, I scanned for topographic changes alongside the nineteenth-and twentieth-century gravestones that might signify Native American effigy mound contours. I recalled my undergraduate study in anthropology: The Woodland Period, 1000 BCE to 1000 CE is distinguishable by the construction of low, irregularly-shaped effigy mounds. The Madison area is home to several groupings of effigy mounds—all signifying the presence and importance of the water resources nearby. The set at Forest Hill includes four mounds: a goose mound, a linear mound, and two panther, or water spirit, mounds. While the four mounds are relatively intact, three linear mounds have been completely destroyed. Additionally, the head of the goose mound was sliced through during railroad construction in the nineteenth century.

Photos and descriptions of effigy mounds in textbooks and online cannot capture the affective experience of being present. These cultural constructions signify a past human presence in the Madison area, one with complex social organization, belief systems, and relationships to the landscape. The historical and cultural significance of these effigy mounds were either disregarded or reappropriated during the establishment of the Forest Hill Cemetery, as they are now surrounded by headstones. Being part of the cemetery might guarantee the preservation of the effigy mounds in the decades to come, or alternatively, lead to further encroachment and degradation. With the addition of the mound group to the National Register of Historic Places in 1974, any changes would be miniscule. Recognizing the multiple layers of history and cultures on the landscape will be key to maintaining the integrity of the site going forward. 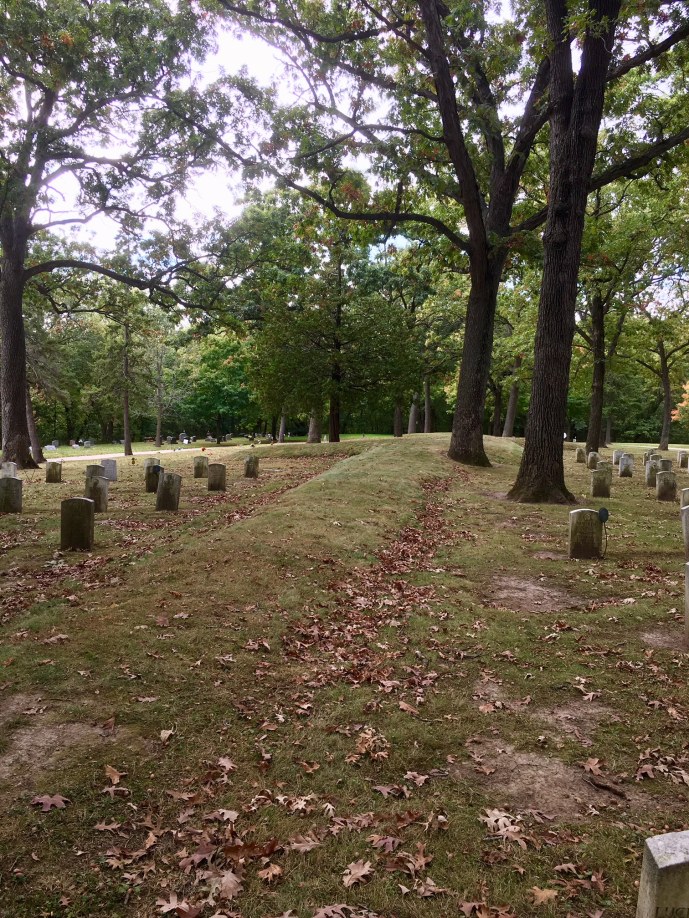